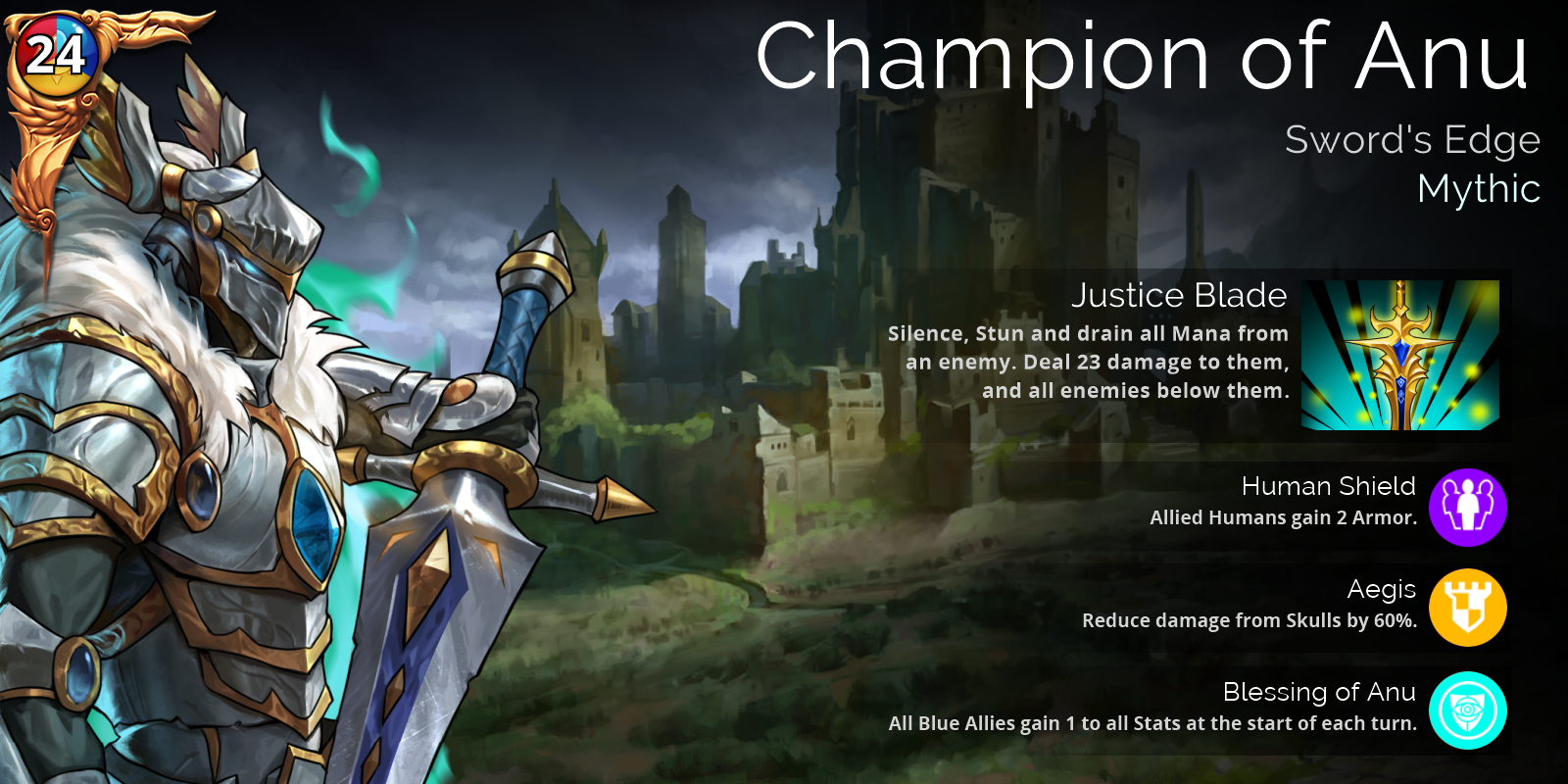 The God, Anu, is worshipped in many parts of Krystara, often by the nobility of a kingdom and their court, as he is the King of the Gods.

The folk of the Leonis Empire, for example, believe their Emperor represents Anu, and indeed his Imperial Crown is a holy relic. The good people of Sword’s Edge also worship Anu, but their belief is more grounded and less mystical.

The two deities of Sword’s Edge are Gaard the Protector, and Anu the King. Every year, as Winter draws to an end, and armies prepare for war, there is a huge tournament at the Royal Court, currently overseen by Queen Ysabelle. The winner dons the Armor of Anu, which magnifies their strength tenfold, and for the next 12 months they lead the armies of Sword’s Edge into battle. In turn, the runner-up dons the Armor of Gaard, and for the next 12 months, they protect the homelands of Sword’s Edge.

Please note this Troop is currently available on PC, Mobile, PS4 and XBox One.