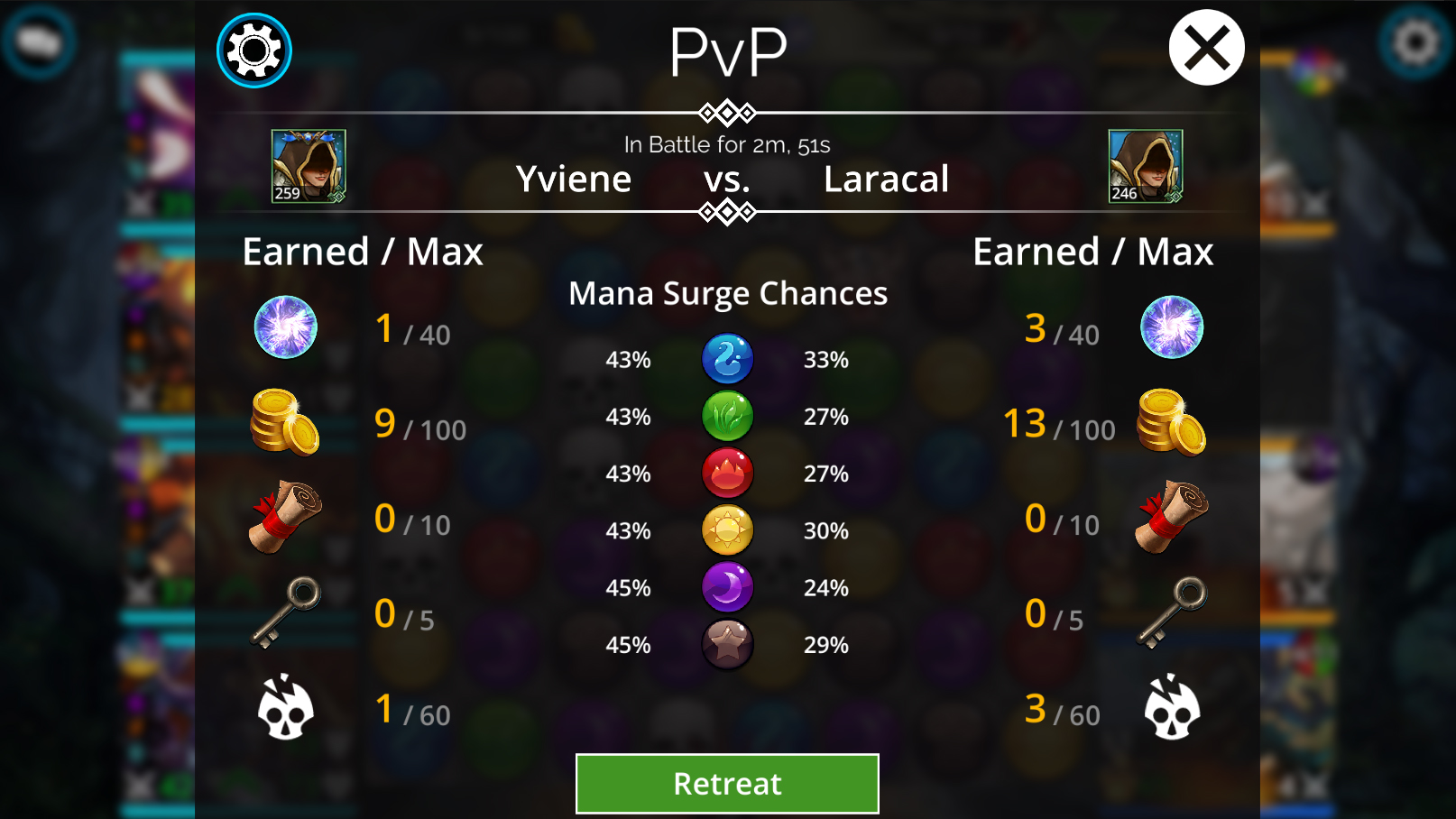 * When Players open the Options menu in a puzzle game, they will see the new Battle Info menu

* In Puzzle Battles, this menu displays the following battle information for both the player and opponent:

* In Treasure Hunt, this menu displays: 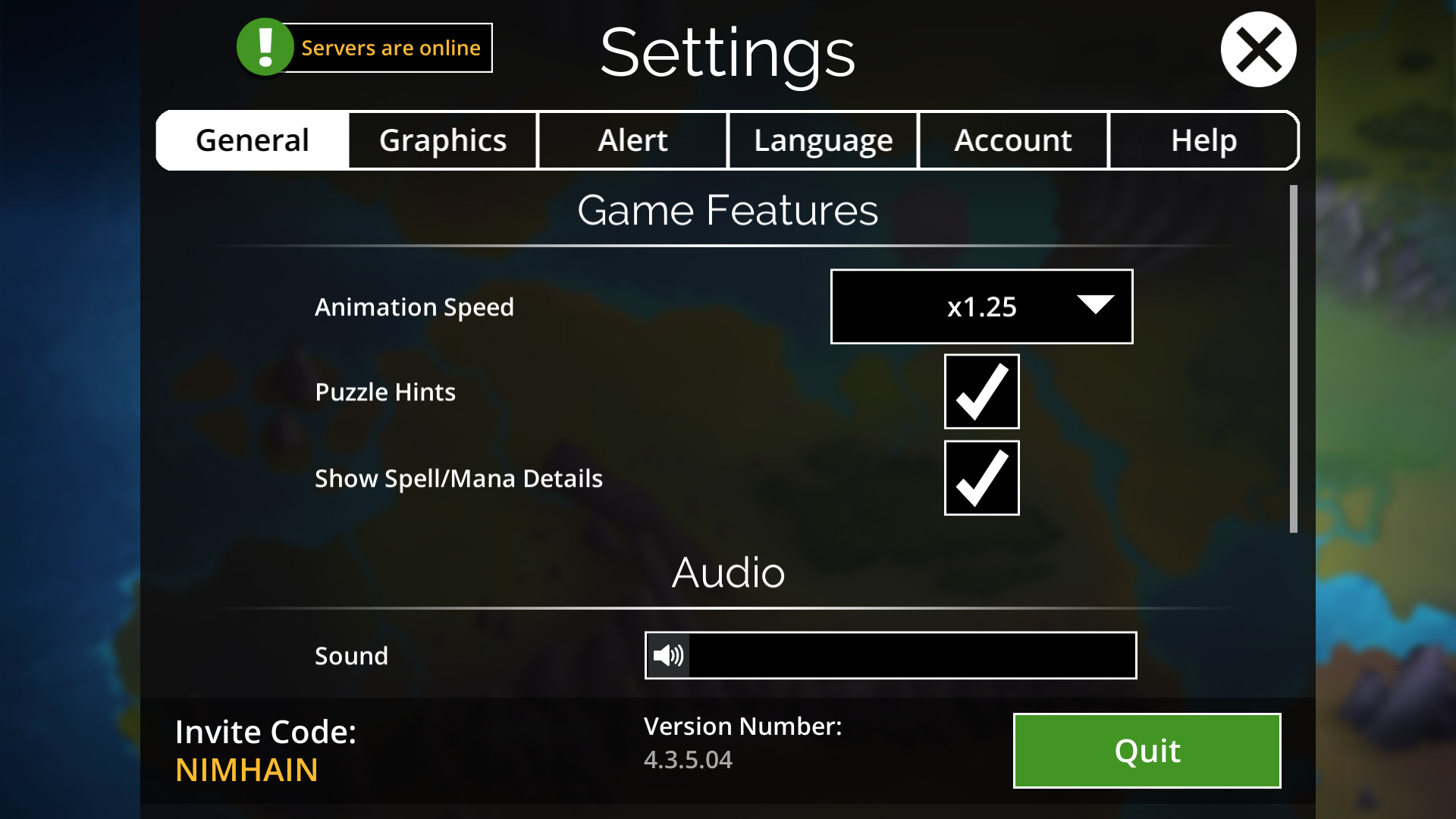 * The UI has been changed to match the rest of the game, and the layout has been improved making the settings easier to navigate
* All menus are now scrollable

* The most commonly-used settings have been relocated to the top of General tab so players don’t have to jump around the settings menu to adjust them. These options include:

* The Links Tab has been renamed Help and designed to provide clearer links to various help and support resources. This includes:

* Submit a Ticket will auto-fill several fields with some data to help the player and Support team. This includes:

* Agent responses to Support tickets sent from the game will still be sent to a player’s email (we have no means to contact players about support issues in game). Players may need to create a Zendesk account for submitting a ticket.

Ice Troll
* The Spell will now create a mix of Blue and Brown Gems on the board, based on the current number of Blue + Brown Gems

Naga Queen
We made these changes as Naga Queen was very similar to Tai-Pan. They shared Mana Colors and both converted Brown Gems to Red.
* Mana Colors changed from Blue/ Green to Green/ Brown
* Now converts Yellow Gems to Red

Wulfgarok
* Legendary Trait, First Wargare, changed to give 2 Attack and Magic to Allied Wargare when matching 4 or more Gems

Kingslayer
* Spell’s conditional bonus damage now triggers if the Enemy’s Attack is greater, and bonus damage has been increased from 7 to 12