Can We Keep Him? 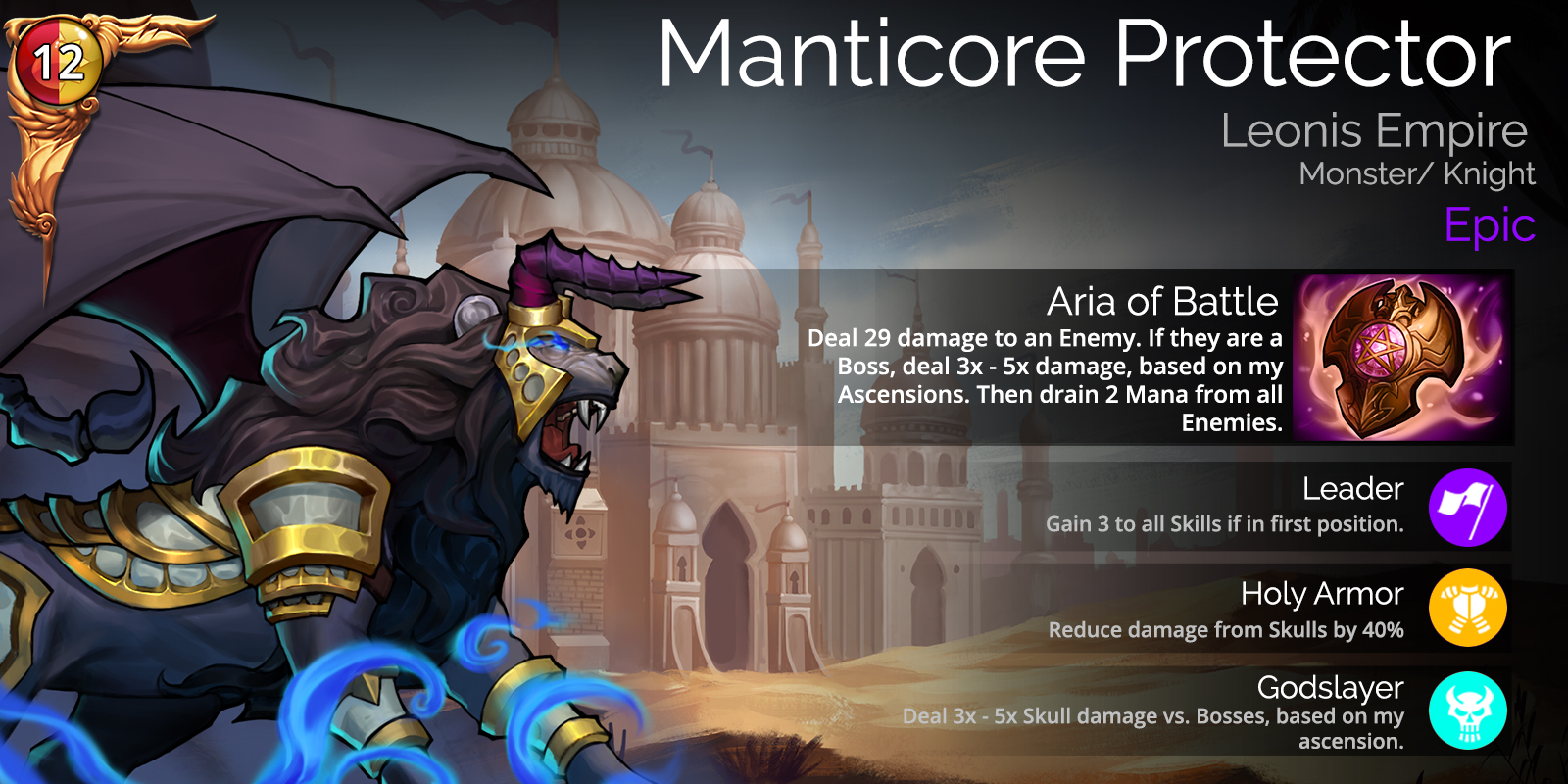 The Manticore Protector will be available in the World Event Shop, and will appear in Glory, Gem, Guild, and VIP chests in 3-4 weeks’ time. 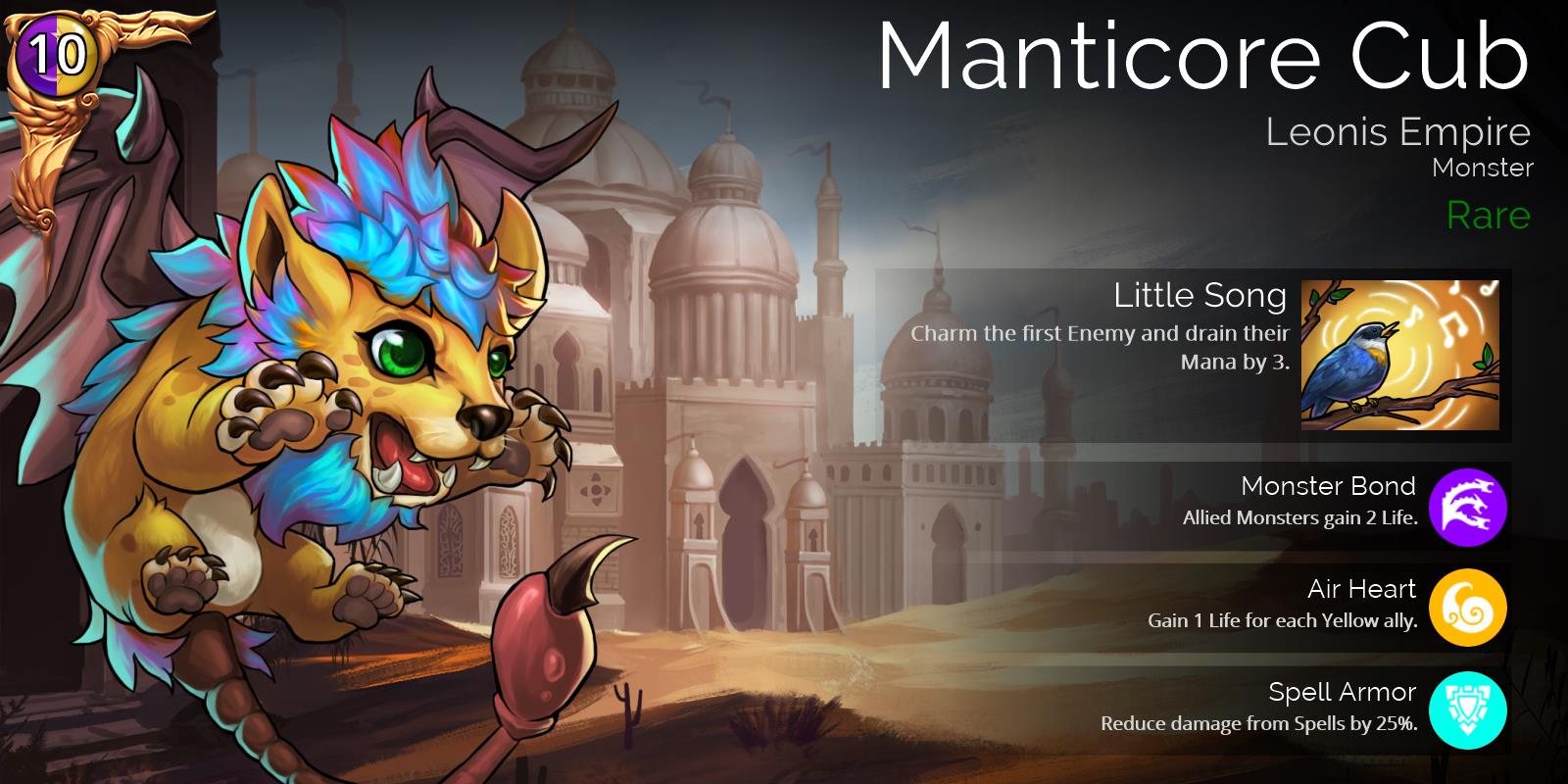 The Manticore Cub will be available this week for 300 Glory in the shop as well as in Event Chests, and will appear in Glory, Gem, and Guild chests in 3-4 weeks’ time.

There are 5 battles that players can encounter during the event: Dragonian Rogue, Volthrenax, Sylfrostenath, Matron Dragotani, and Eternal Elemaugrim. The first 4 battles to appear are randomly chosen, but they all have an equal chance of appearing on the map. The battle against Eternal Elemaugrim will only appear after the player wins 4 of the other battles. However, his battle will not hang around; if you don’t fight him immediately, he vanishes! Either way, after that, all battles reset, and you’ll need to fight another 4 to spawn Eternal Elemaugrim again. Scoring You can find the following rewards for each of the different battles you may encounter.

A Temple Treasure is worth 1 point, while a Manticore Cub is worth 20pts. (Manticore Cubs collected from Eternal Elemaugrim is only a collectible for this event, and will not give the Manticore Cub troop)