Gems of War is celebrating it’s 8th Birthday. To celebrate we have several things happening this week –

Fortress Gate Rhynax Fire Lizard Ettin Stone Giant Ograk Shaman Obsidian Titan Lava Elemental Terraxis Rhynaggor Pyggra Luther Sheggra Gog and Gud Amarok Please Note: We will not be offering any troop refunds, as we feel that these changes have been either buffs or sideway changes. 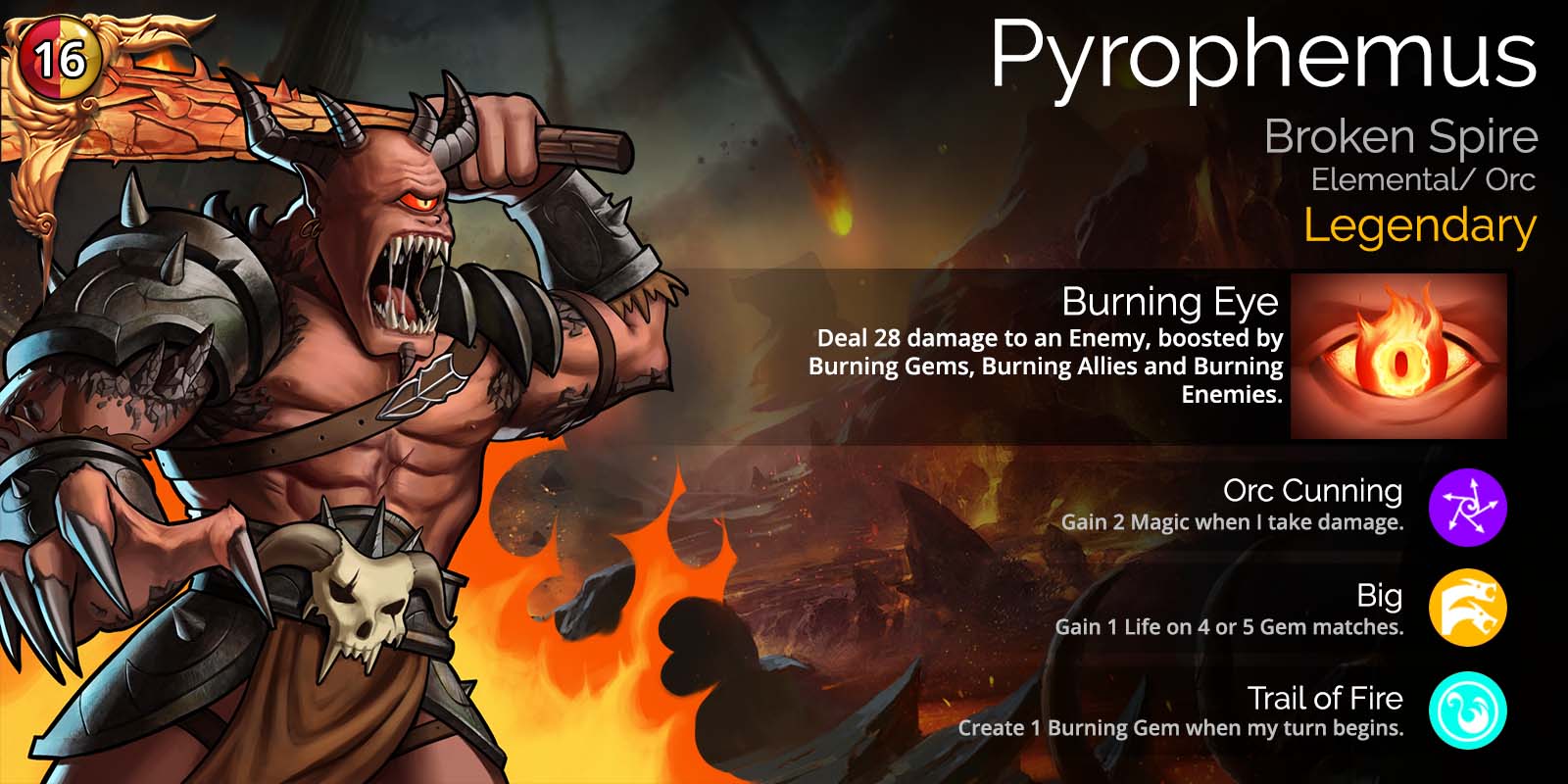 During this Kingdom Pass, Pyrophemus is a semi-rare encounter in PvP and Explore, with the chance to encounter him decreasing after players have done so 5 times that day. Defeating him will give 1 Kingdom Pass Crown. Each Crown earned will assist players progressing through the Kingdom Pass. Each Kingdom Pass level needs 5 Kingdom Crowns. No more than 10 Crowns can be earned per day. (His chance to appear will reset with daily reset.) 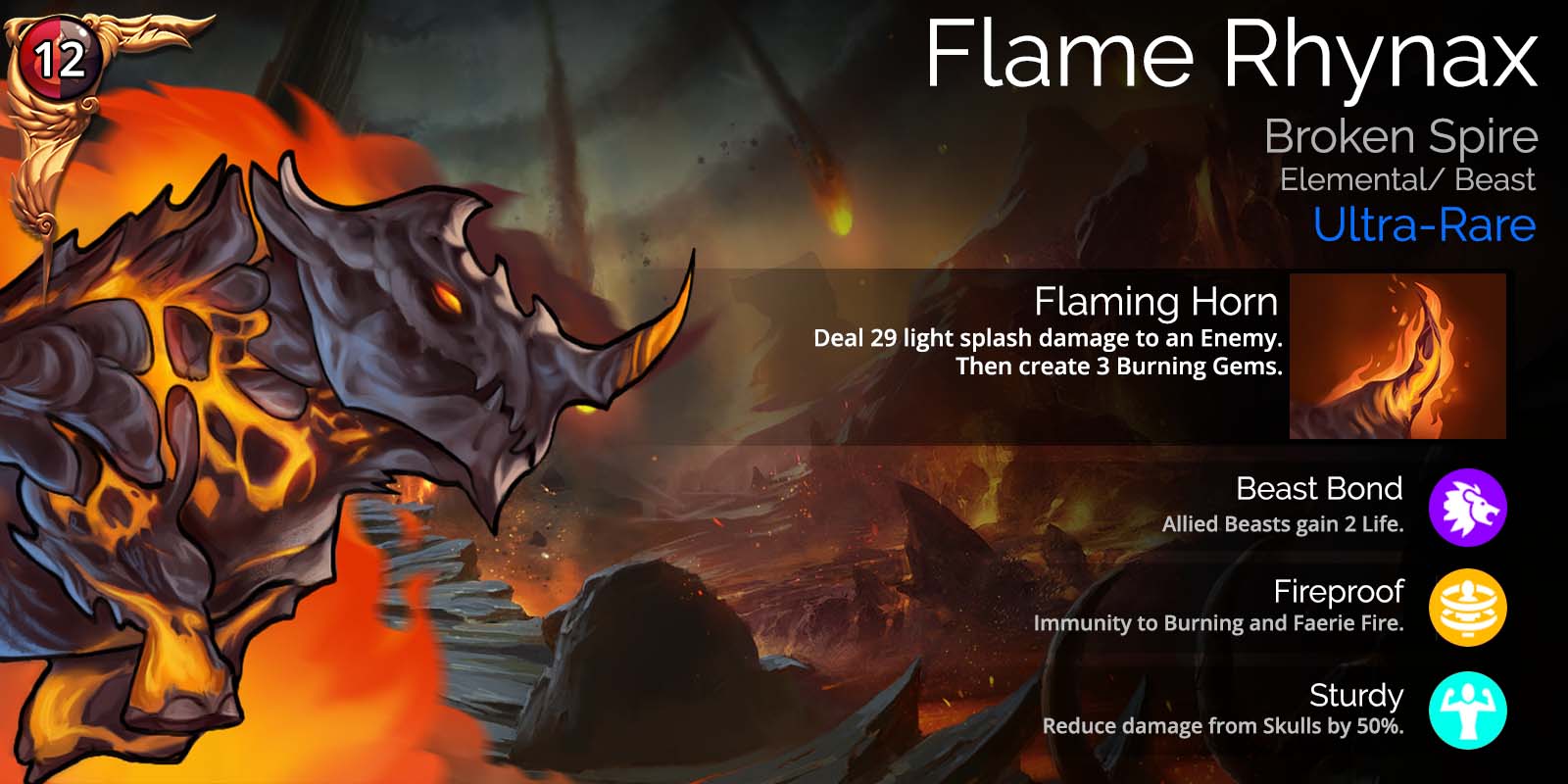 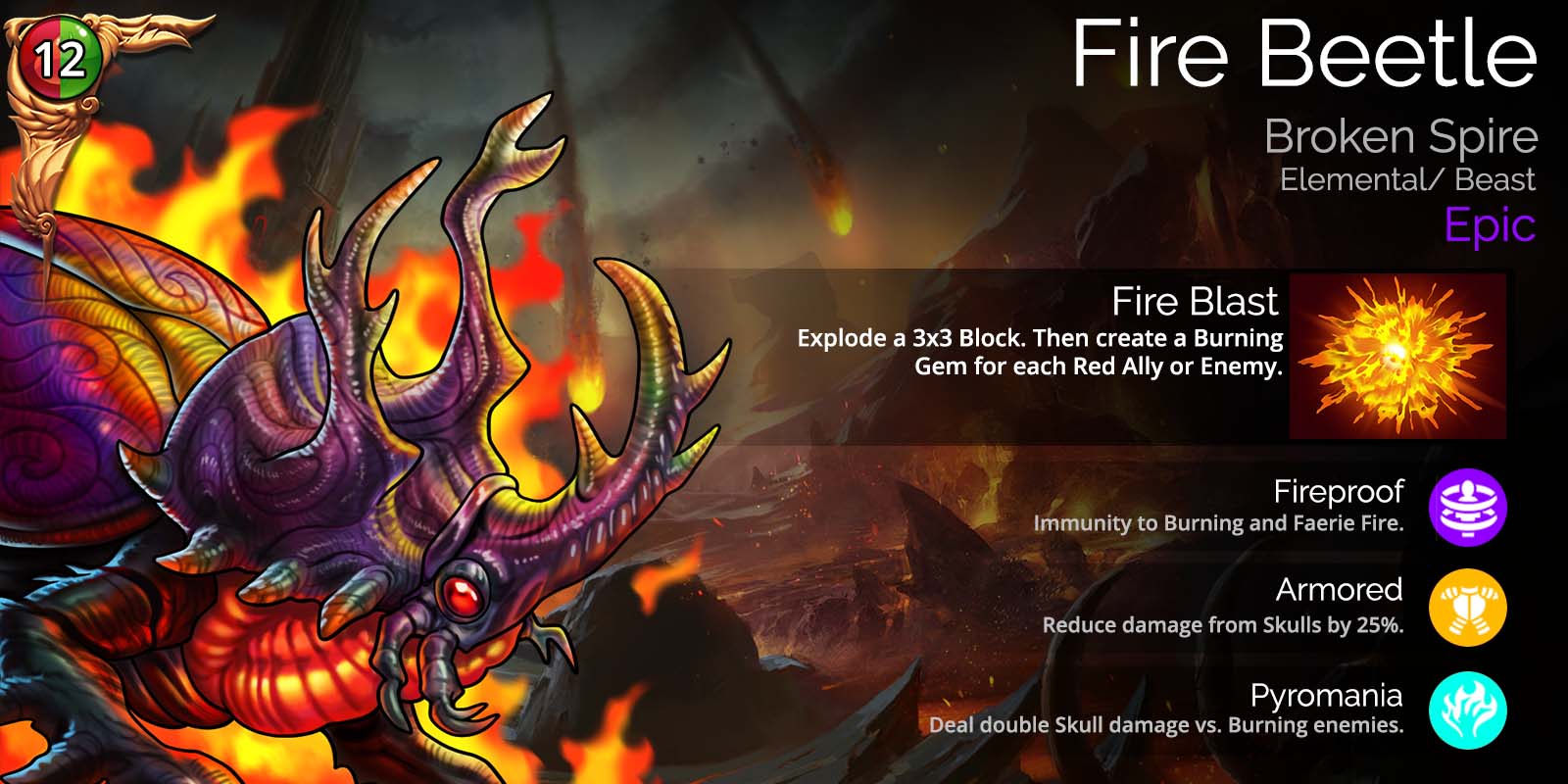 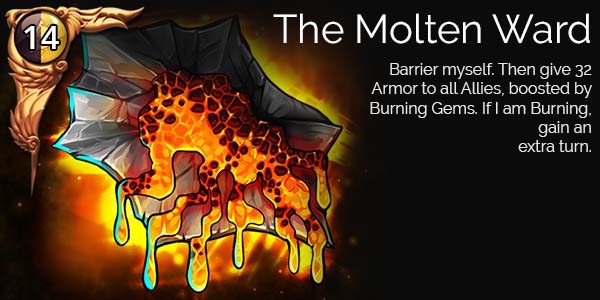 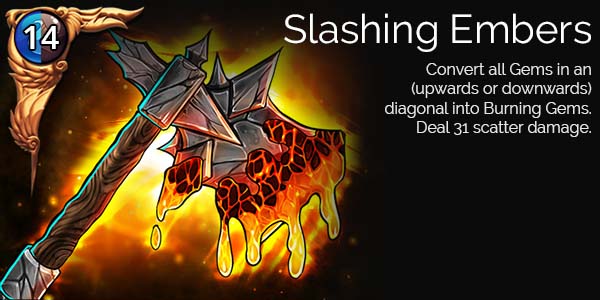 When the Kingdom Pass ends, players will be able to earn these unique rewards in the following ways: 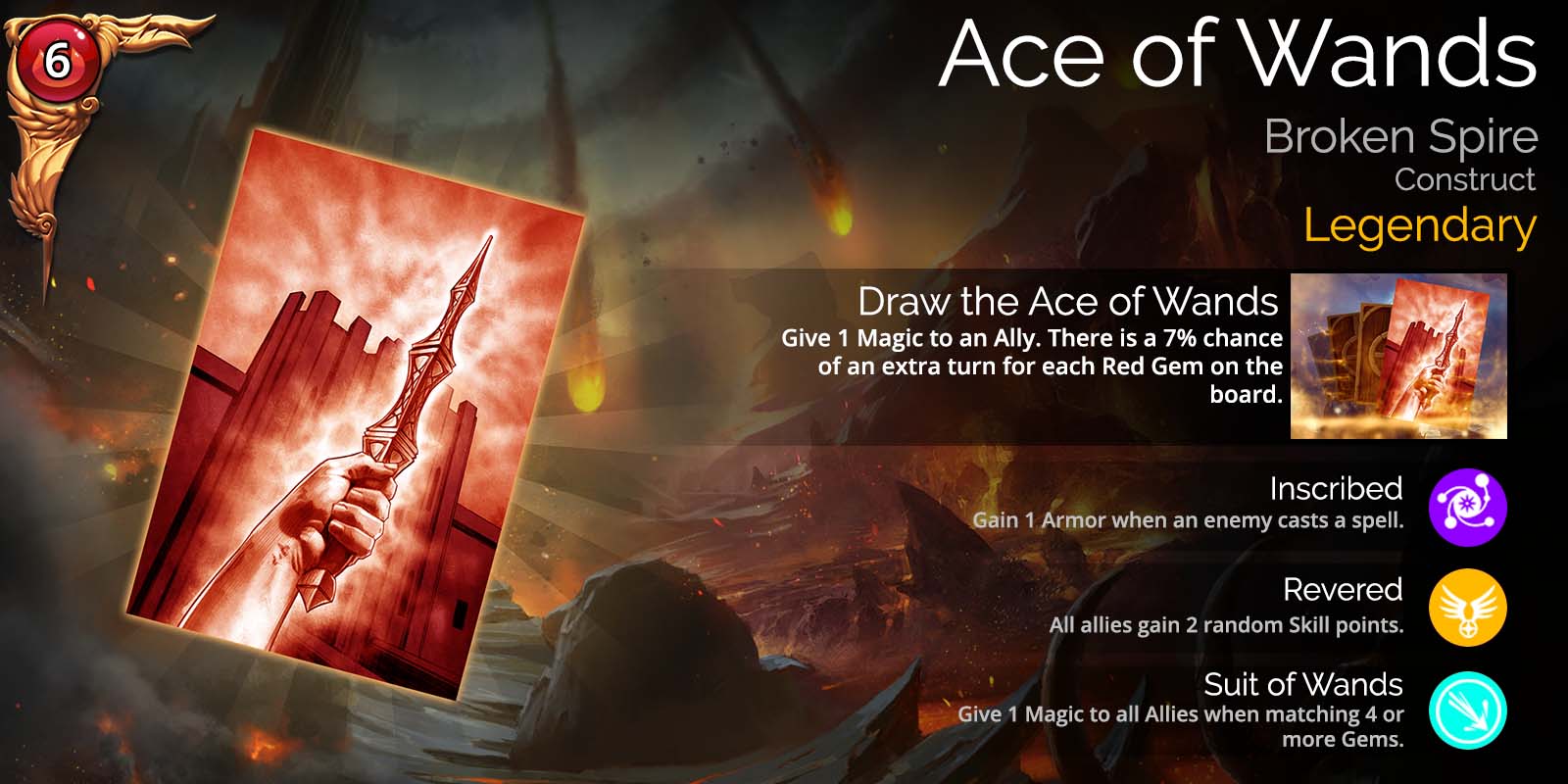 The Tarot card for this event is the Ace of Wands. Once this Kingdom Pass ends, it will go into the Vault after 2-3 months.

As part of the celebration of the Broken Spire Rework, we have gone back and updated the story. This updated story has been rewritten to use the new conversation style, and the battles have been updated to include a greater variety of enemies to fight against.

You will be able to play/replay the story for Broken Spire during this event. The story will have multiple difficulties that can be played through as new difficulties unlock over time. Each time a new difficulty is completed, players will earn a copy of one of the new Pets. Quest rewards from normal playthroughs of the story (Bonus Income, etc) will not be earned if playing the Story through Legends Reborn.

Defeat Brown Enemies to collect Lanterns to be able to earn Reward Tiers of the Legends Reborn event, including more new pets. Collecting the rewards for each track within a Tier will unlock access to the Bonus reward for that Tier. 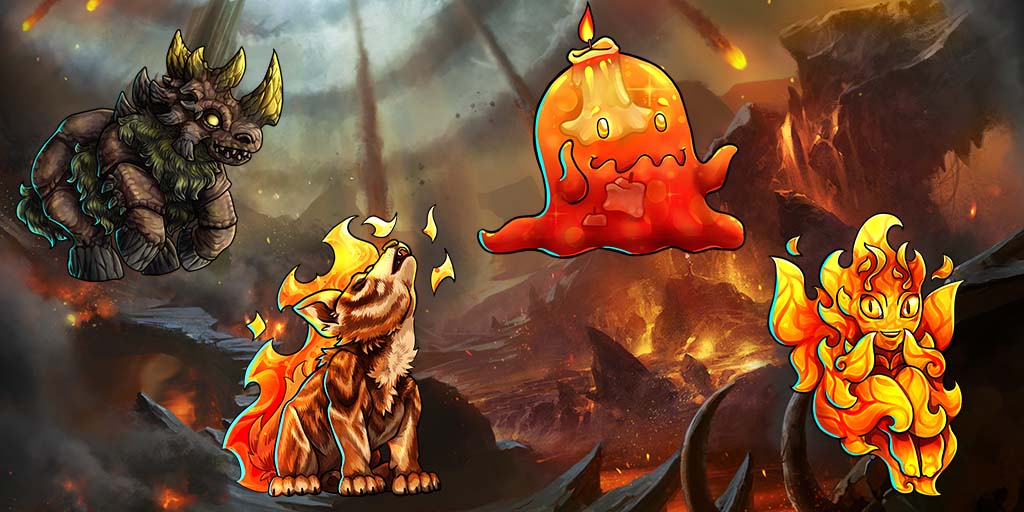 We have several new Pets that Players will be able to collect from the event:

Pets will be available as possible Pet Gnome encounters in 3-4 weeks time after the event ends.