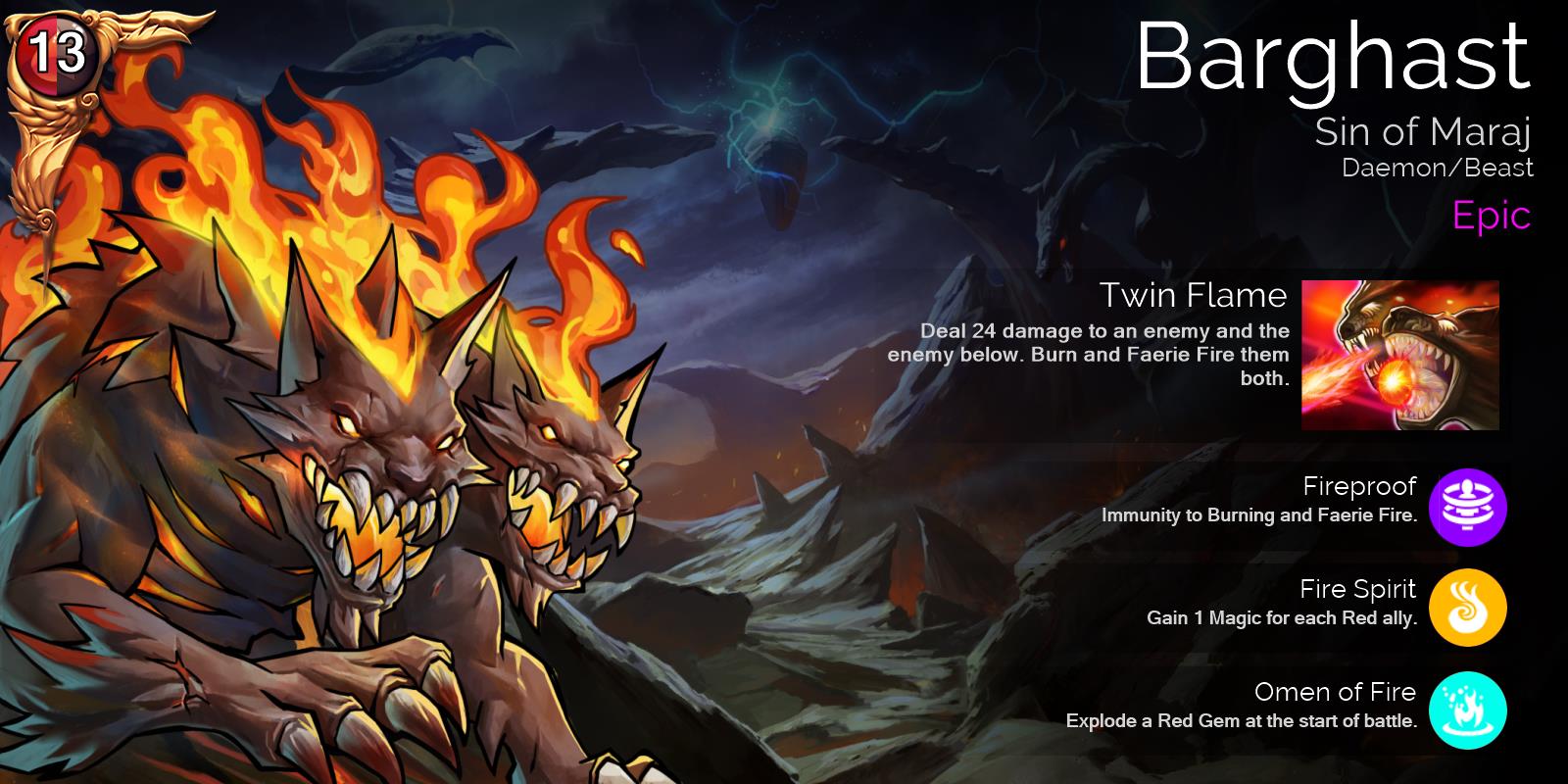 Barghast will be available this week for 400 Glory in the shop as well as in Event Chests. After 3-4 weeks he will become available in Glory, Gem, Guild, and VIP chests as usual. 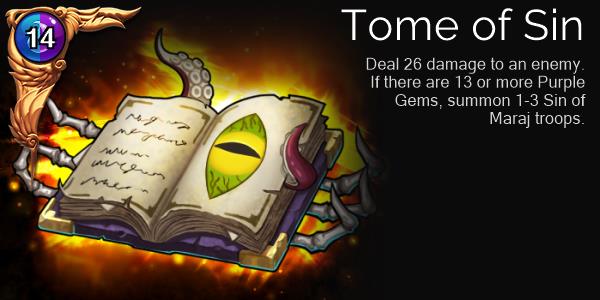 The Tome of Sin will only be available for this week.

Troop Balance
We’re making a small change to a few of the Divine troops today. Individually, each of them is a little bit above the power curve, which is true of many troops in Gems. We’re actually okay with that. But then there’s THESE guys… with their powers combined, they form one of the nastiest defense combinations we’ve ever seen at end game. These Divine teams can vary a little in composition, but there are 3 main suspects involved: Ishbala, Ubastet, and Infernus.

We’re going to make a small nerf to each of them, which hopefully moves the needle just a bit when facing them. We were very wary of making this change, as all of these guys are fun to ATTACK with too, and we don’t really want them to lose their flavor, just a smidgeon of their power, particularly when combined.

Infernus
* Mana cost increased from 22 to 24

All 3 troops will be available for Refund in-game for the next week.