As part of the celebration for this event, we have gone back and updated the story. This updated story has been rewritten to use the new conversation style, and the battles have updated to include a greater variety of enemies to fight against.

You will be able to play/replay the story for Forest Thorns during this event. The story will have multiple difficulties that can be played through as new difficulties unlock over time. Each time a new difficulty is completed, players will earn a copy of one of the new Pets. Quest rewards from normal playthroughs of the story (Bonus Income, etc) will not be earned if playing the Story through legends Reborn.

Defeat Green Enemies to collect Forest Herbs to be able to earn Reward Tiers of this event, including more new pets. Collecting the rewards for each track within a Tier will unlock access to the Bonus reward for that Tier. 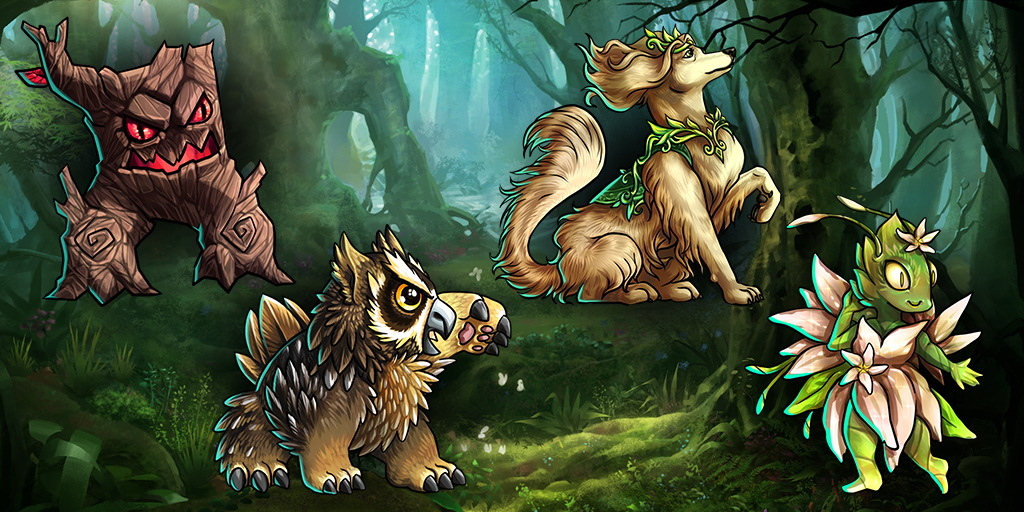 We have several new Pets that Players will be able to collect from the event:

All Pets will also be available as a possible random Pet Rescue from defeating a Pet Gnome. However this event will be the main way to guarantee to get them, as well as earn enough copies to fully upgrade them.

The updated Forest of Thorns story may appear in English for some languages, due to an unforeseen delay with updated text. We hope to fix this shortly.