The 6 new Guardians are now available in Guild Chests. As mentioned in the 4.7 Patch Notes, Players now only need to have a Guardian at Mythic rarity with 4 copies of it, and then that Guardian will no longer appear in Guild Chests. You can read more about them below. 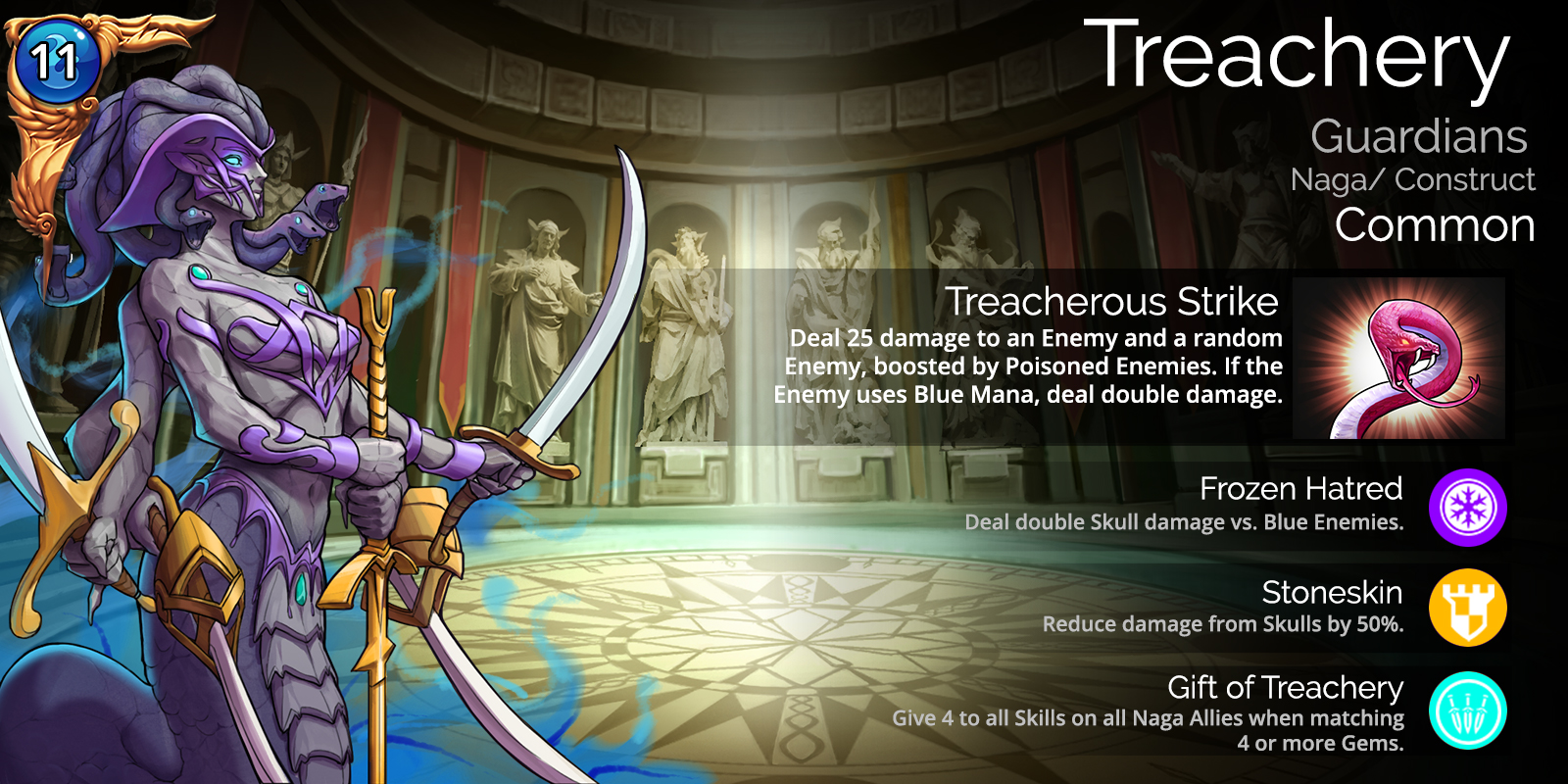 The Naga Guardian, Treachery, makes uses of the Nagas’ poison, dealing more damage for each poisoned Enemy. She likes her victims to use Blue Mana. 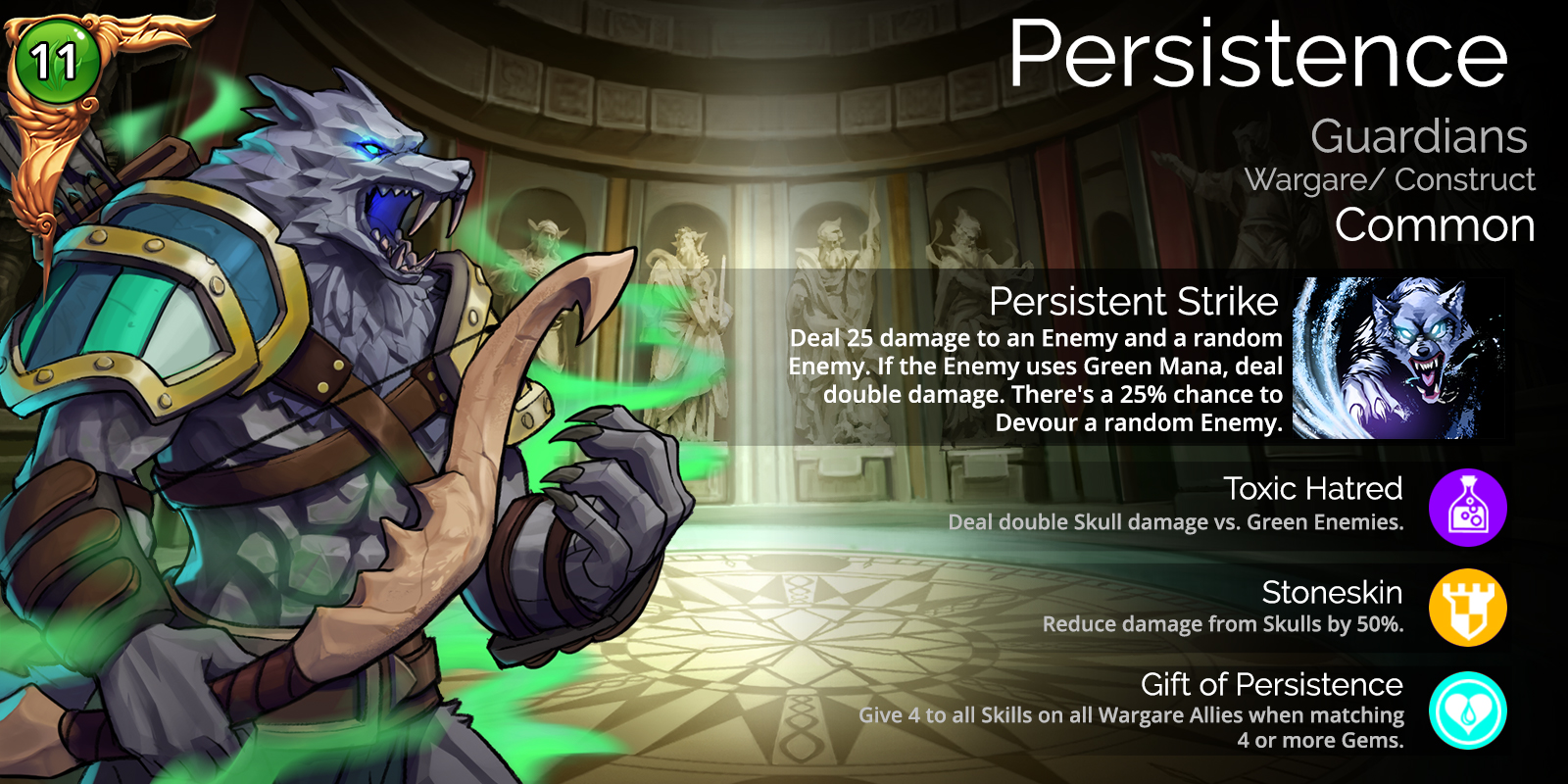 The Wargare Guardian, Persistence, is as ravenous as the beasts that roam the Maugrim Woods. He has a chance to devour a random Enemy. He also will deal extra damage against Green Enemies. 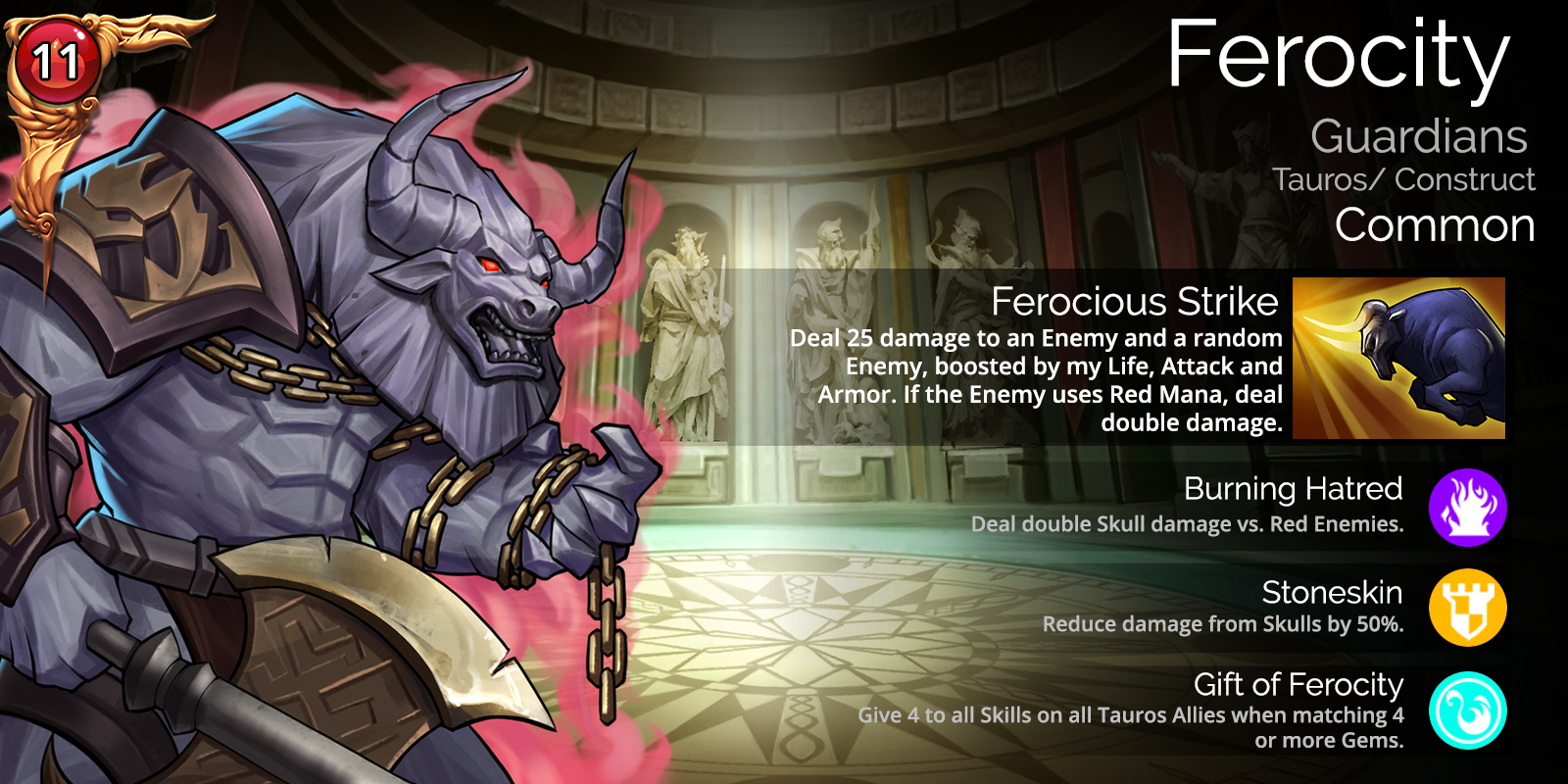 The Tauros Guardian, Ferocity, like many of the Herd will deal extra damage based on his Attack, Life and Armor. He is a deadly foe to Red Enemies. 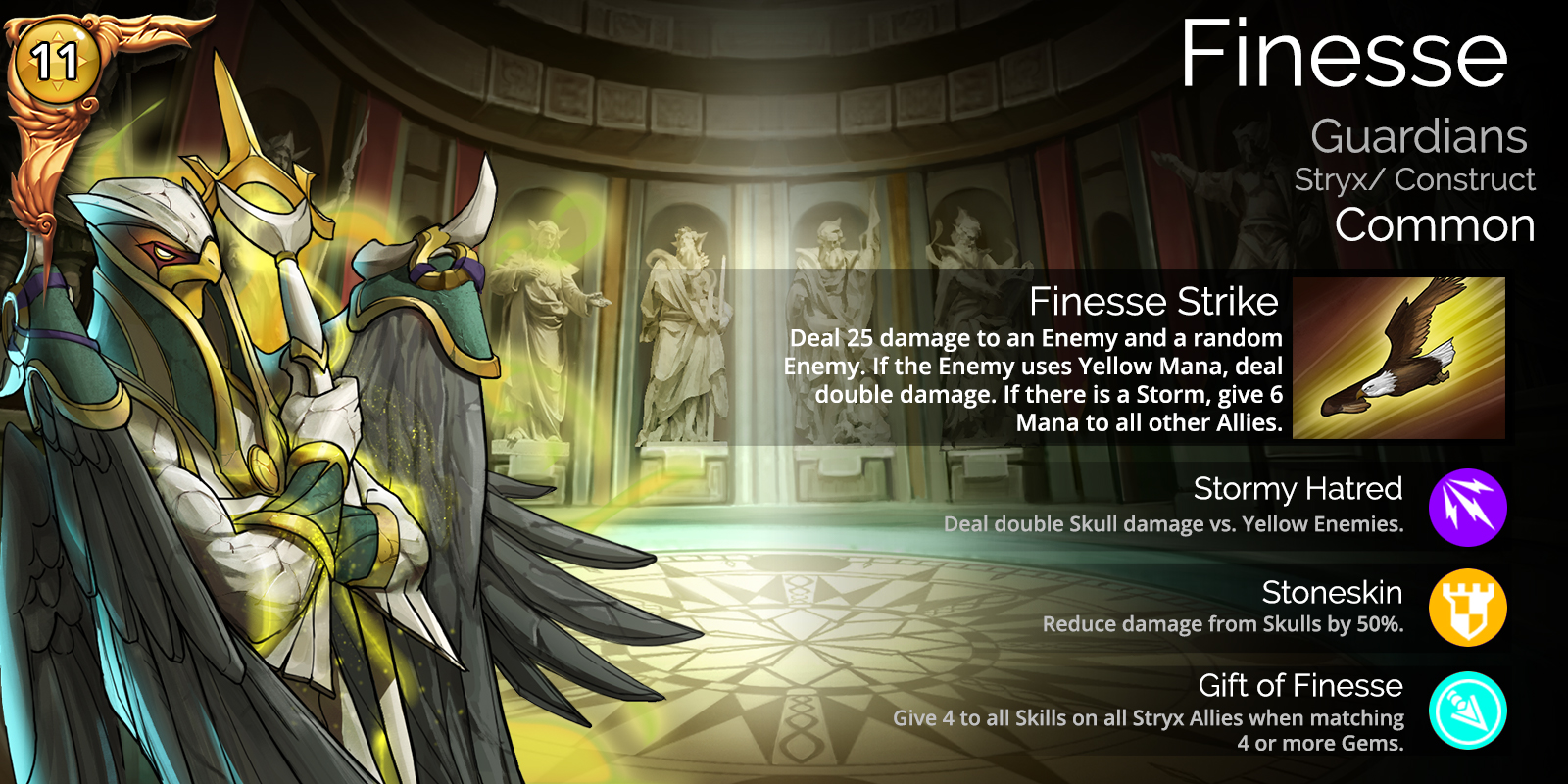 The Stryx Guardian, Finesse, assists his Allies when there is a storm present. He strike extra damage against Yellow Enemies. 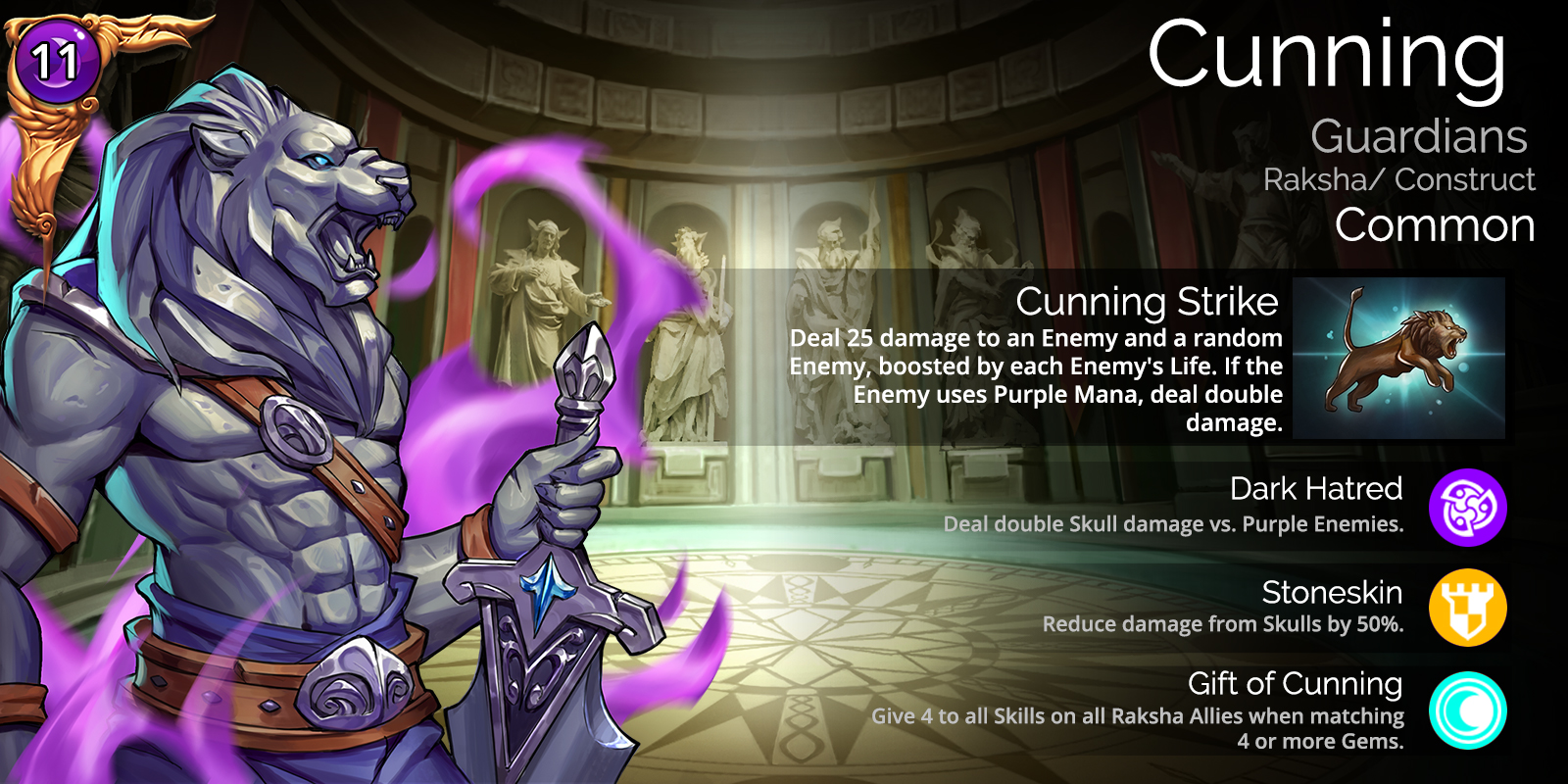 The Raksha Guardian, Cunning, uses his target’s Life against them (so each hit is uniquely boosted by the Life of the Enemy hit). His favorite prey are Enemies that use Purple Mana. 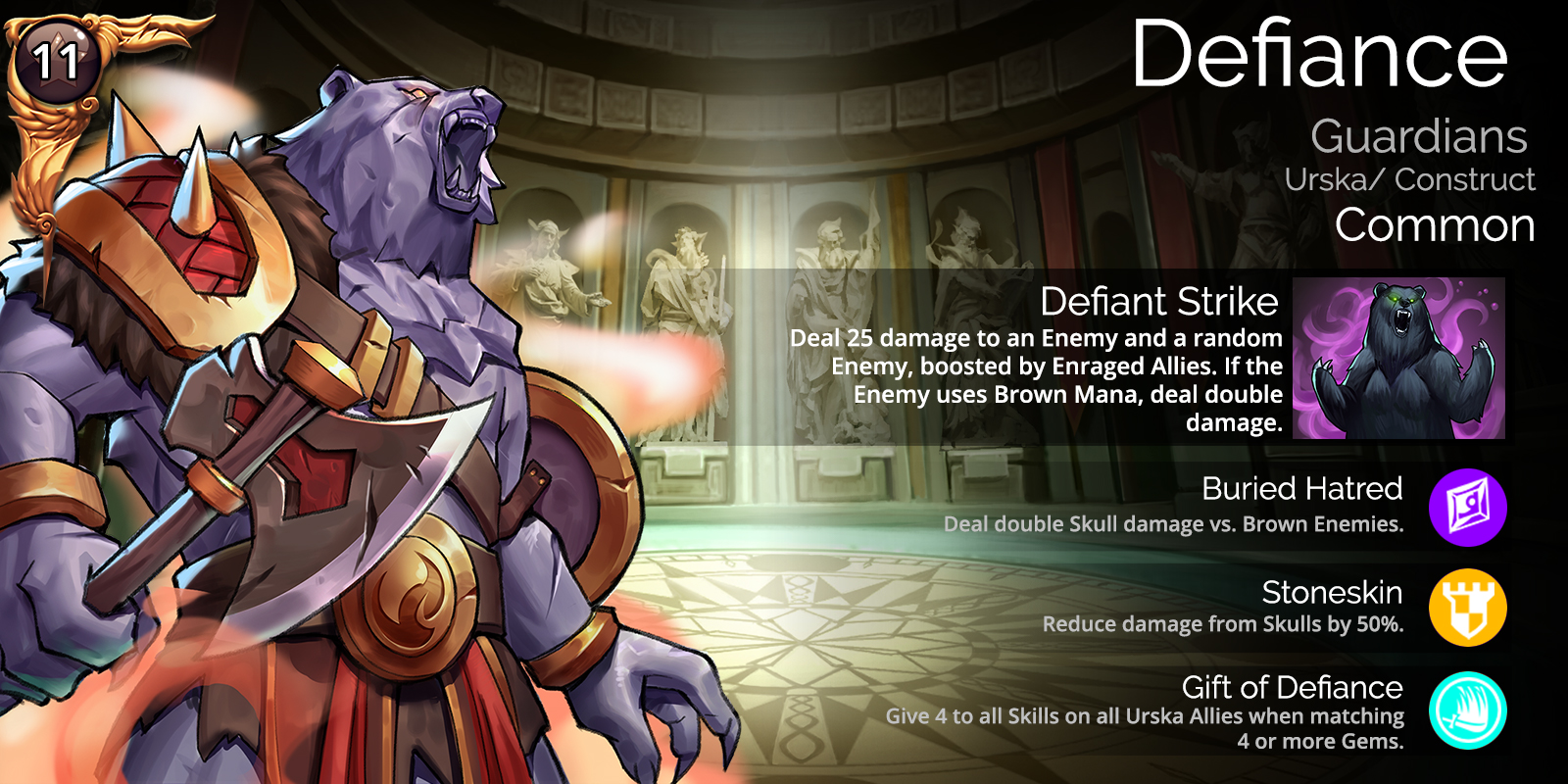 The Urska Guardian, Defiance, has his spell damage empowered by enraged Allies, as well as dealing extra damage against Brown Enemies.