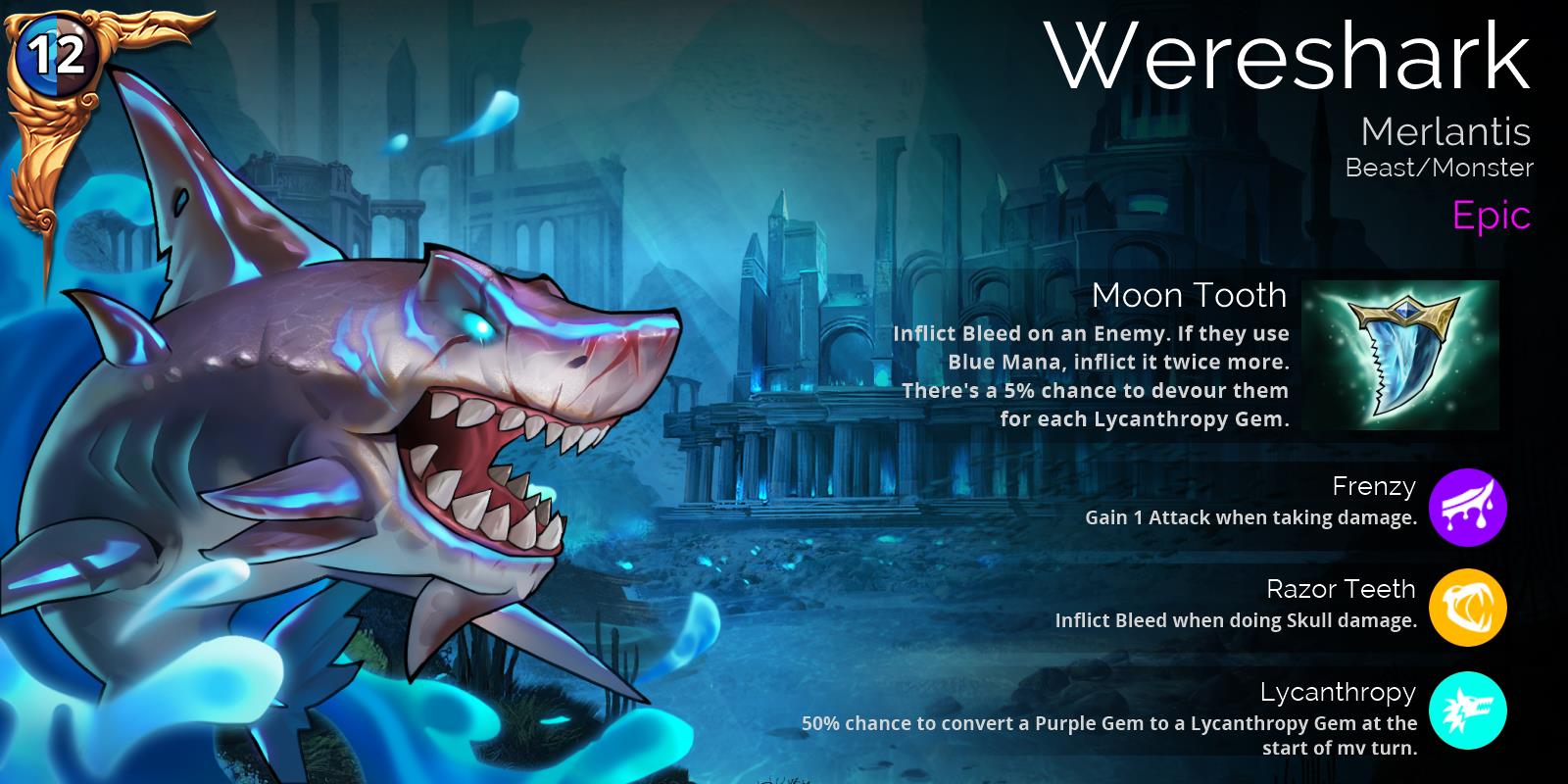 The Wereshark will be available this week for 400 Glory in the shop as well as in Event Chests, and will appear in Glory, Gem, and Guild chests in 3-4 weeks’ time.

There are 6 battles that players can encounter during the event: Deep Wereshark, Rogue Wereshark, Drowned Wereshark, Leviathan, The Deep King, and Megavore. The first 5 battles are randomly chosen, but they all have an equal chance of appearing on the map. The battle against Megavore will only appear after the player wins 4 of the other battles. However, his battle will not hang around; if you don’t fight him immediately, he may vanish! Either way, after that, all battles reset, and you’ll need to fight another 4 to spawn Megavore again. Scoring You can find the following rewards for each of the different battles you may encounter.

Each Bait is worth 1 point and each Scale is worth 10 points. The battle against Megavore will drop a variable number of Scales (on average about 1.18x the base amount).

After weekly reset, the Mana Surge band Gnomes will become available as a possible drop from Cedric Sparklesack and King Cedric.

After weekly reset, Bastion of Will and Medusa’s Blade will be able to be earned from having 100 or more Gem Mastery of their Mana Color.