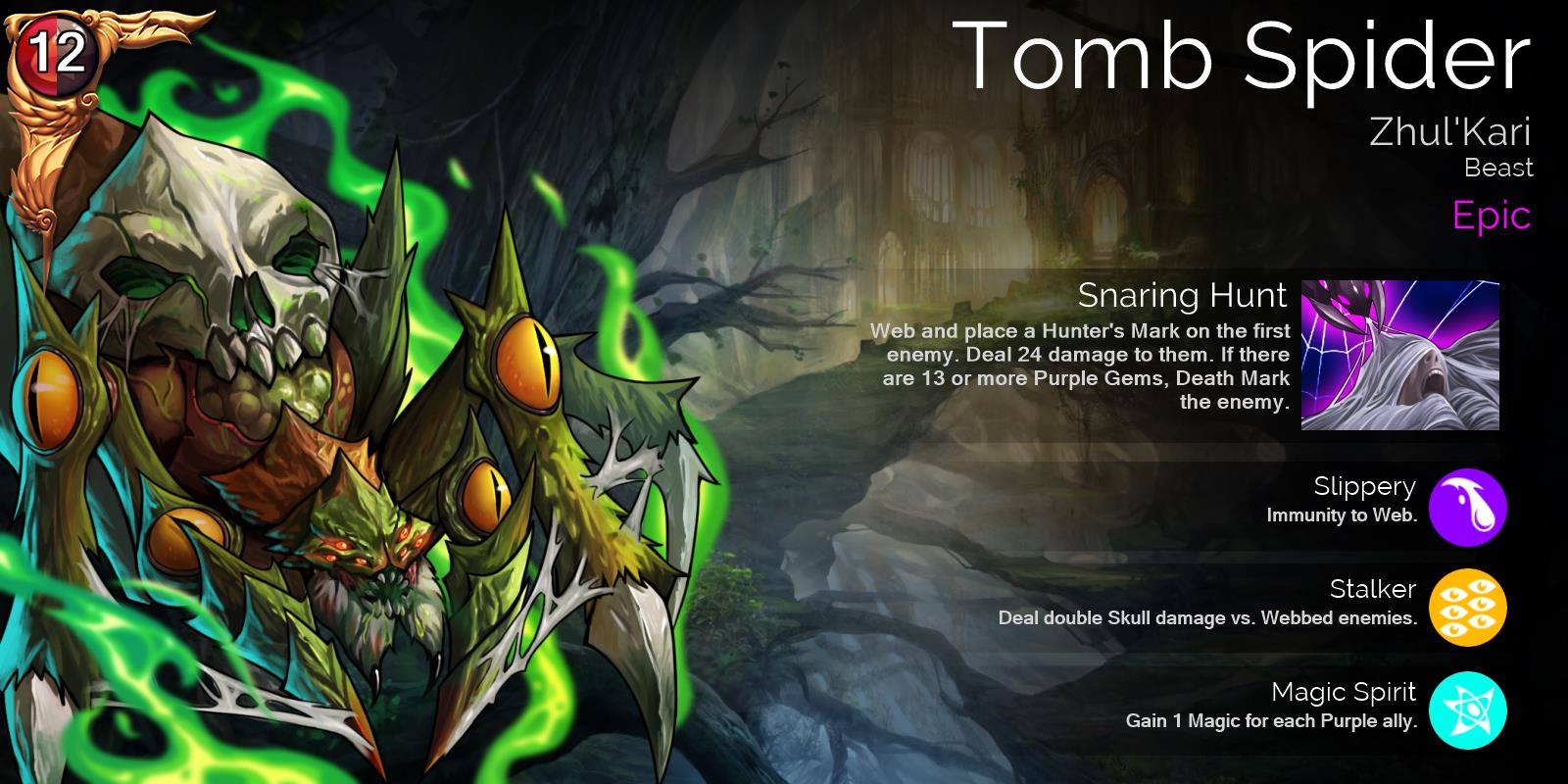 Th death rituals of the Dark Elven nobility of Zhul’Kari are quite bizarre. The body of the recently departed is impregnated with spider eggs and sealed in a tomb. When the spider eggs hatch they have little to eat except each other and the body itself. The Dark Elves believe the spider that remains (known as a Tomb Spider) can then carry the soul of their ancestor into the arms of the Spider Goddess.

The Tomb Spider will be available this week for 400 Glory in the shop as well as in Event Chests. After 3-4 weeks it will become available in Glory, Gem, Guild, and VIP chests as usual. 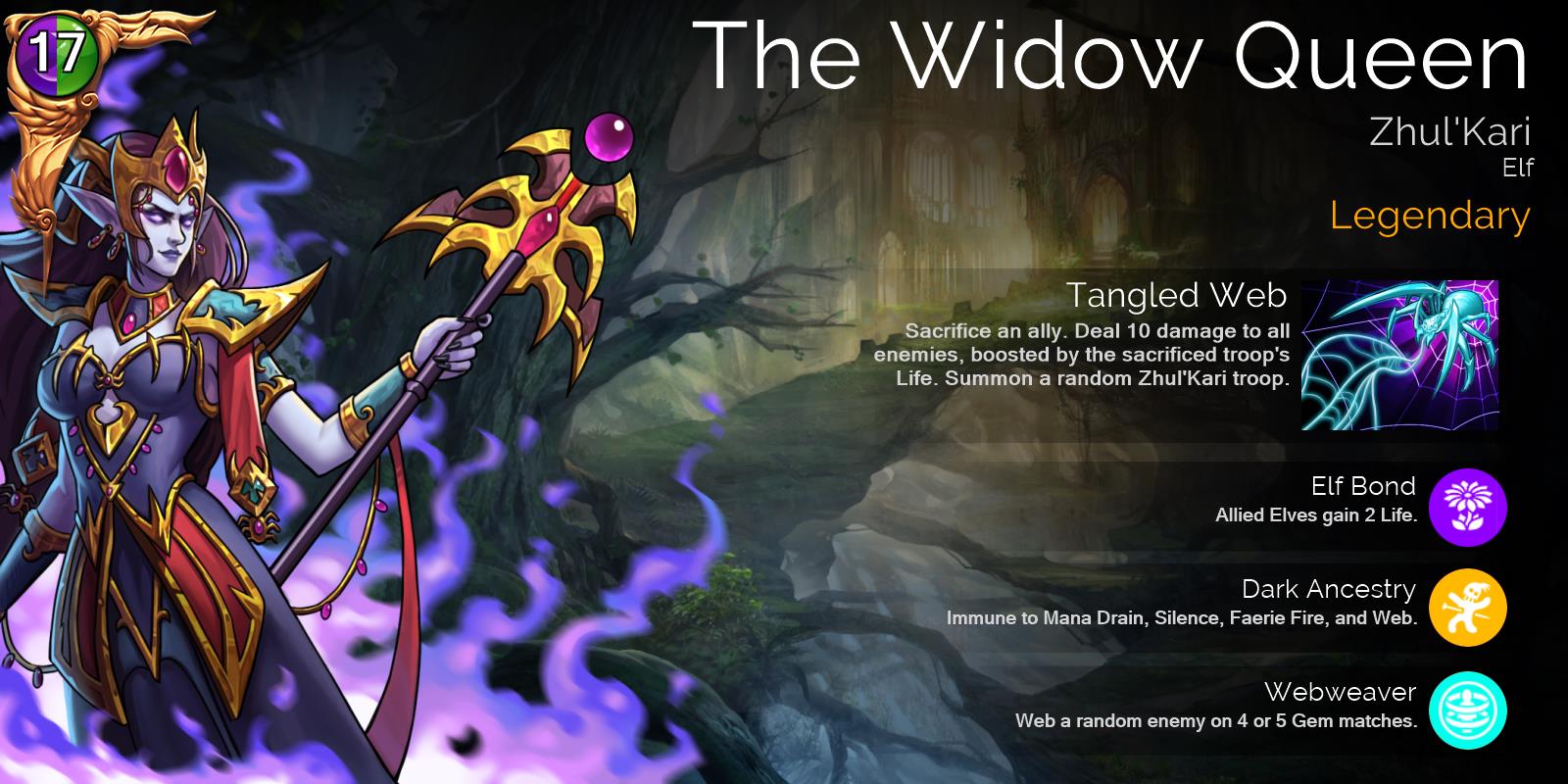 Leader of the Dec’Tari Clan of Dark Elves, the Widow Queen is aptly named. In a ritual marriage every year, she sacrifices her partner to the Spider Goddess in exchange for magical powers and eternal youth and beauty. Mactani, the current Widown Queen is 563 years old, but doesn’t look a day over 200 – a miraculous achievement, even for an Elf.

The Widown Queen will be available exclusively in Event Chests this week, and will make her way to Glory, Gem, Guild, and VIP chests in the usual 3-4 weeks.