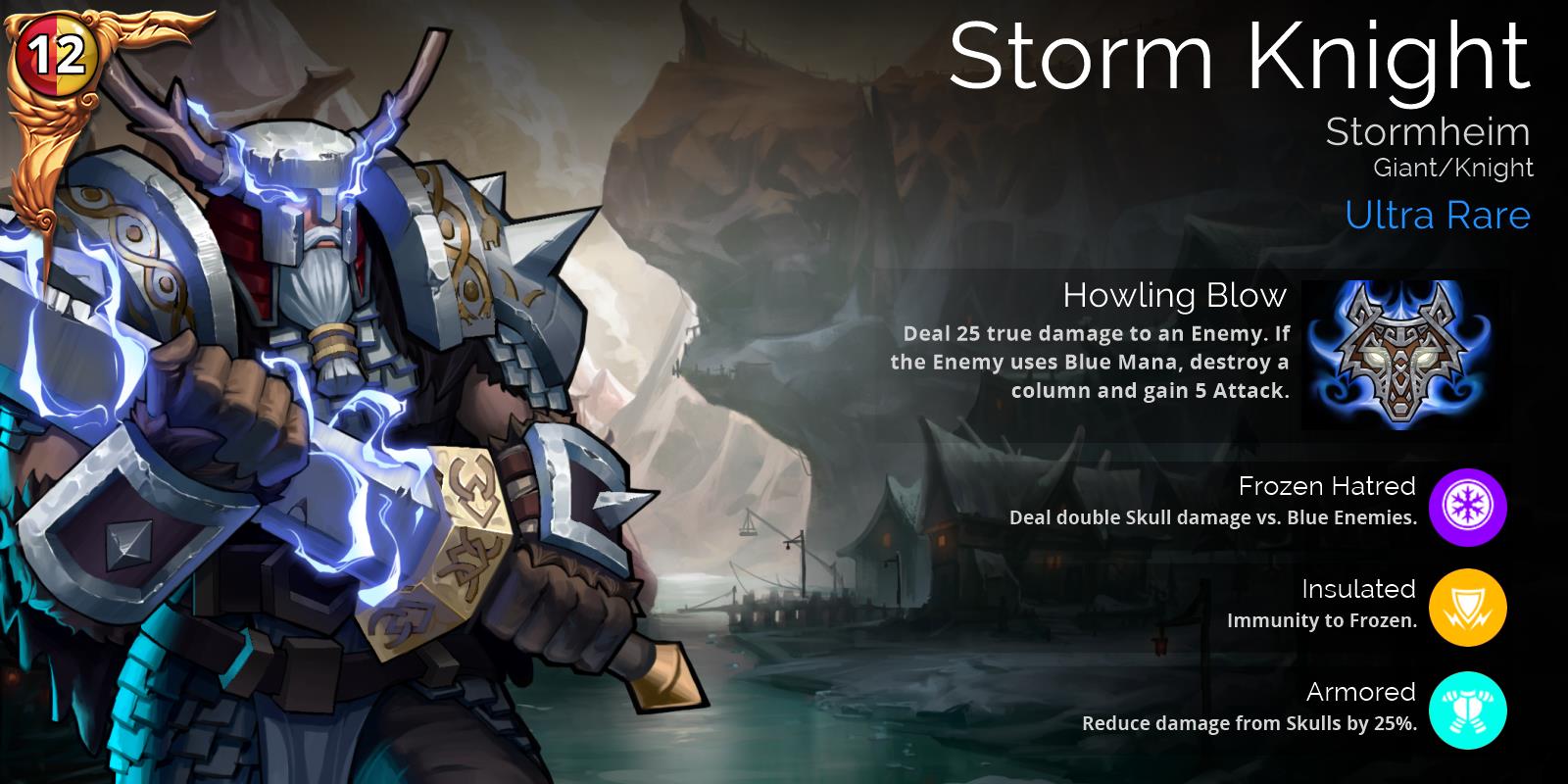 The Storm Knight will be available this week for 300 Glory in the shop as well as in Event Chests, and will appear in Glory, Gem, and Guild chests in 3-4 weeks’ time.

There are 6 battles that players can encounter during the event: Berserker, Ice Witch, Ice Golem, Hyndla Frostcrown, Frostfeather, and Mistralus. Battles cycle through a series of rounds that repeat each time.

Scoring You can find the following rewards for each of the different battles you may encounter. Each Captive is worth 3 points, and Secrets are worth 10 points.