Head in the Sand 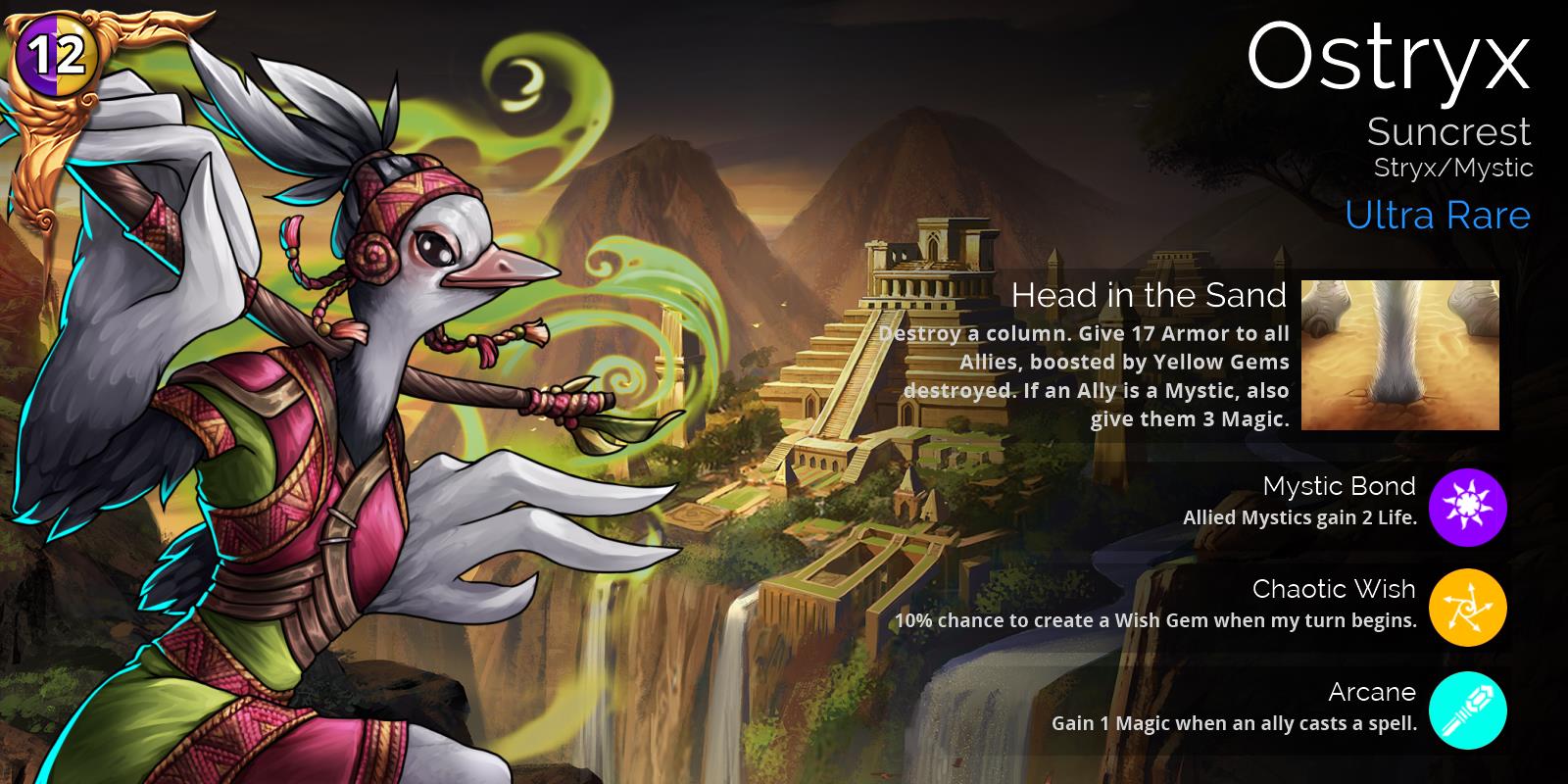 The Ostryx will be available this week for 300 Glory in the shop as well as in Event Chests, and will appear in Glory, Gem, and Guild chests in 3-4 weeks’ time.

World Event: For The Birds

There are 6 battles that players can encounter during the event: Wind Archer, Prince Azquila, Garuda, Taloca, Zilopochtli, and Faerie Gobmother. The first 5 battles are randomly chosen, but they all have an equal chance of appearing on the map. The battle against the Faerie Gobmother is a rare battle that may appear on the map, but only 1 “Faerie Gobmother” battle will ever appear at a time. Scoring You can find the following rewards for each of the different battles you may encounter.

Each Feather is worth 5 points. As the battles against Wind Archer, Prince Azquila, Garuda, Taloca, and Zilopochtli get harder, they will increase the amount of Feathers given by 25%.

Now Available in the Vault: The Magician

The Magician will become available as a possible drop from both Vaults and Epic Vaults after weekly reset.