The Saga of Ice 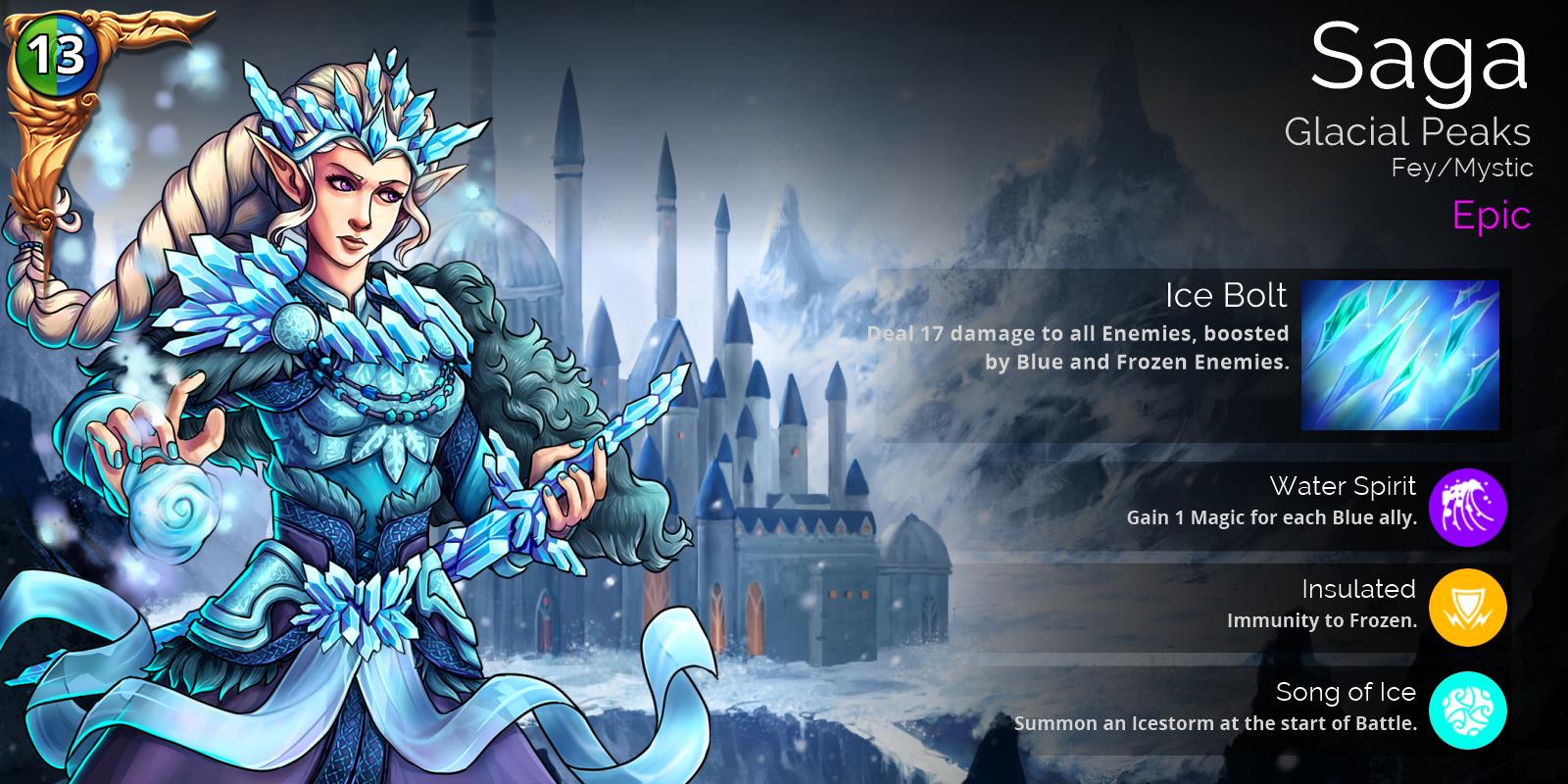 Saga will be available this week for 400 Glory in the shop as well as in Event Chests, and will appear in Glory, Gem, and Guild chests in 3-4 weeks’ time.

Each Spirit is worth 3 points, and each Ice Crystal is worth 20 points.

Hawthorn will become available as possible drops from Glory, Gem, Guild (at correct Levels for his rarity), and VIP Chests after weekly reset. He will also appear in Event Chests during Nexus event weeks.